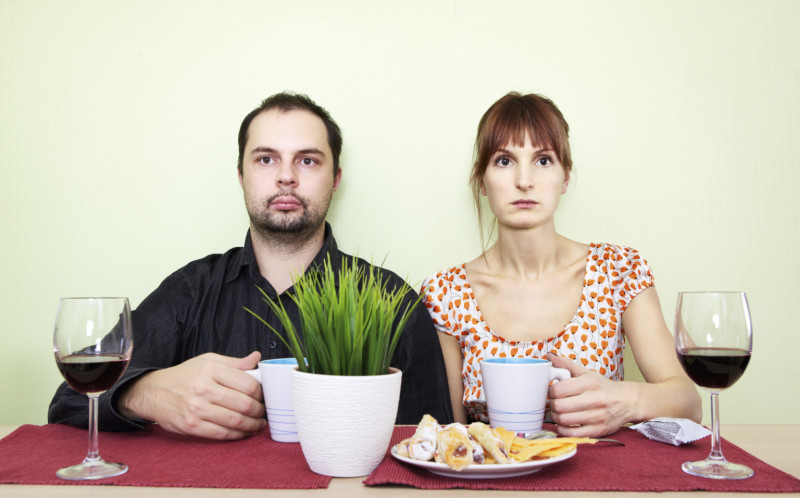 Guys love women, but when what stands between him and you is a terrible place to get to know one another… his interests may begin to fade. These are the six dates that most every guy will probably hate; so just don’t go there.

1. The Break-up Date– I don’t know what sadistic woman came up with the idea to have a man take her on a full first date before telling him that she’s just not interested. If you’re not sure, go out for a cup of coffee or a walk in the park… it is just that simple.

2. Wedding Date– It is hard enough to get a man to go to church, much less go to a wedding. An early commitment is one of man’s greatest fears and if you open this can of worms too early, he may not stay around long enough for you to catch the bouquet.

3. Movie Date– If you knew the thoughts that go through a guy’s mind while he is sitting in a movie theater with an attractive woman he doesn’t know, it just might surprise you. Yeah, he is pretty much reciting the sentence above over and over, trying to figure out a way to change that, but the lines of the actors keep getting in the way. Don’t put up a barrier on a first date, which is all a movie tends to do.

4. Shopping Date- Walking side by side in beautiful surroundings is a great way to get a guy to open up about his life and interests. However, men don’t view shopping as casual or relaxing. It is more of a chore; and not always a pleasant one at that.

5. Family Reunions- Your family is a group of wonderful people; I understand that. However, when you push together too many cute and cuddly honey badgers, things can get pretty unpredictable. Trust me ladies, reunions usually result in airing out way more dirty laundry than your guy is ready for. And if you think that no woman would ever do this; I have been on two of these in my lifetime.

6. Tea and Crumpets- What on earth is a crumpet anyway? Most men do not know, and quite frankly we don’t really care. Guys get uncomfortable in uncomfortable surroundings, which is another way of describing some stuffy tea house.

You don’t have to be creative on a first date; you just have to offer up a casual place for a guy to open up and be himself.