Home » Dating Advice: 6 Tips For How to Talk to Men 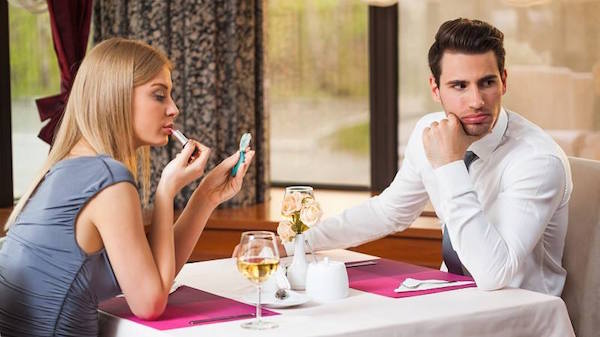 Men and women have a very difficult task – They must talk to each other. And this conversation should create interest, mystery, curiosity, understanding, commonality, enjoyment, while also giving you some helpful information. But this task is often more difficult than it should be. Primarily because a lot of women’s instincts are incorrect when it comes to understanding and coaxing honest information from men.

And while I hold no promises or guarantees, these six guidelines should help you communicate better with any man.

1. Use Silence for Better Communication

Men have a love/hate relationship with silence. They do enjoy peace and serenity, however, they don’t particularly relish it as a symbol that it is his turn to talk. When a woman is finished telling a guy how she feels, she pauses, waiting for his reply. After about 5 to 30 seconds she then commits one of the worst relationship crimes in the book, by saying, “Are you going to talk,” “Never mind,” or “Don’t bother.” Such statements rob any question or statement of its importance. It lets a guy off the hook by giving him the opportunity to change the subject. This is what he wants. Instead, hold your ground and wait for his reply. Once he realizes you’re not going to give him an out, he’ll work through his resistance and speak up.

Not even Batman always knows when a damsel is in distress. He must rely on a signal to let him know when things have gone awry. Your man may not own a cape, but I promise he works in much the same way. He is most likely terrible at figuring out when there is a problem in your relationship. This is because he is solution oriented. Non-the-less, men are natural-born problem solvers, even though they are not particularly skilled at reading emotional cues. What this means, is if you give a guy a call to action, he will be more likely to react the way you want the first time. Don’t be afraid to spell it out for him what you need (“I need a hug,” “Can you be home from work early tonight”). Just because an idea doesn’t come from his own mind, doesn’t make it any less sincere.

3. Start with a Positive Note to End on One

There is an old saying that you should always offer three compliments before every criticism. When you start a conversation on a positive note, you make it more likely your guy will listen with an open mind, and refrain from stonewalling out of defense of a hurt ego.

4. Always Use Curiosity to Your Advantage

They say curiosity killed the cat, but when it comes to players, it can actually let the cat out of the bag. Men learn early on that the truth can sometimes get them in trouble. However, if you feign innocent curiosity, the show-off in him will find it hard not to share his story in its entirety. Then, once the truth is out, you can take it from there.

5. Challenge a Man to Give Him More Incentive

Okay, let’s say that you want your guy to do something, but everything you say just seems to go through one ear, and then straight down to some guy in China (who probably has a very happy wife/girlfriend). Guys are naturally competitive creatures. He likes to win at checkers, bop the most Gophers at the amusement park, and when you challenge his ability to get something done, this sets him in motion to prove you wrong. Now, before we go any further, I must say that some women have this all wrong. Some women think that challenging a man means you emasculate him. It does not. A good challenge encourages a man to better himself. Just remember: always start with a positive.

6. Men Like to Be Right, Women Prefer to Get Their Way

Men like to be right, while the majority of women want to have their way. This means the easiest way out of any silly argument is to admit that your guy has a good point, and then ask for what you want in return. This is the most effective means of creating a win-win out of any disagreement.