Home » Fool Him Into Thinking You’re Good In Bed 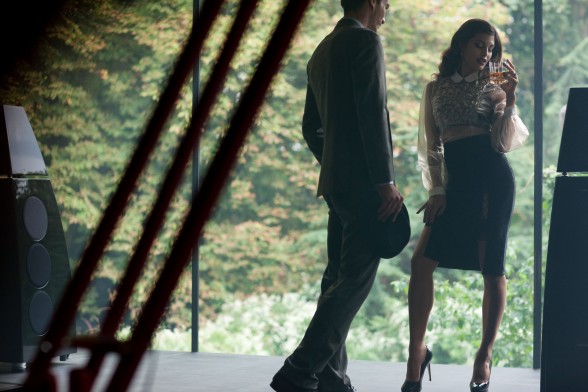 Now, we’re not saying you are (or aren’t) good in bed. However, the purpose of this article is to make you look like you are. Why would you want to look like you’re ‘bedable’? Well, because that is important to a lot of guys (and it is important to a lot of women too). In fact, for every relationship that is currently on the rocks, surveys suggest there is a pretty good chance that half of them are struggling with some problem that began in the bedroom.

This is a guy’s checklist for deciding if a woman might be good in bed:

Does she kiss well? This is just as important for men as it is for women. The biggest difference here is that men are looking to see exactly how adventurous the girl gets. If she uses  various techniques, gets into the motions, and isn’t afraid to experiment a little he will assume she’s a good candidate.

Does she accentuate her hips when she walks? This says a lot about a woman in bed. A guy wants to know how much control you have over your lower extremities. If you can shake it in all the right places when you’re vertical, then you can shake it when you’re horizontal too.

Does she like physical contact? A guy can tell a lot from the very first date by how much his date touches him (I’m talking PG-13 here, so get your heads out of the gutter). On the arm, hand, leg… whatever. Guys know that a woman who is comfortable touching him in public will probably become even more comfortable once they get behind closed doors.

Does she convey her feelings through facial and vocal expression? There is nothing like a girl who is not afraid to express herself in bed, and guys have figured out that most of these women do the same in their everyday lives. A man can assimilate how it will be to make love to you by watching your expressions during the first date. In his mind, there is nothing like a woman who knows how to ‘get into’ whatever it is that she is doing.

Whether they admit is or not, most every guy sizes up his first date to make an educated guess on whether or not he would want to sleep with her at some point. Okay, so most all guys want sex, period. However, there are certain women who they will wait for like a gentleman. And to set the record straight, just because a guy would like to sleep with you on a first date, doesn’t mean he will try to, or won’t respect you in the morning. In fact, I would say that this ‘desire’ can be used in your favor, as many men actually enjoy pursuing a woman they want, but can’t quite have.