Home » How to Catch and Keep a Man 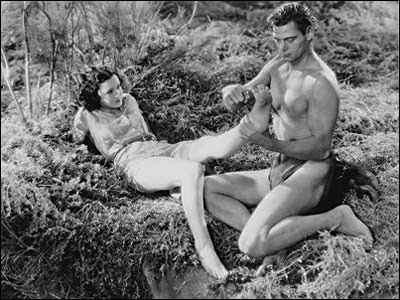 Relationship experts say that a good marriage requires a mixture of communication, intimacy, generosity, and compatibility. The problem with this advice is most men did not get this memo. In other words, a good portion of men still focus on the same prehistoric guidelines as his Sasquatch brethren. This month we ponder the question, who are the real winners in the game of catch and keep?

It doesn’t take a study to convince women that men are focused on attractiveness. However, when it comes to choosing a mate, what these studies also suggest is that most men don’t know they are doing this. Indiana University researchers asked a group of men what they were looking for in a mate, collecting an assortment of answers, such as “nurturing,” “intelligent,” and “like-personality”. Sounded pretty noble up until the point when these guys were confronted with a group of women, and their so-called requirements flew out the window, and beauty became their principal “herd thinning” factor.

Does this mean that men are particularly choosey in the appearance of their mate? Hardly. According to studies, most men do not appear to be picky at all. In fact, one out of every two girls became a candidate for a second date. Women, on the other hand, are decidedly more choosy, agreeing to see only one-third of the guys they go out with a second time. This study suggests men may not always know what is good for them, but the majority of women do (or at least I hope you do). So if you want to become the marrying type, perfect the art of seeking the men worth marrying!

A woman’s requirements for men are based on leveraging her looks against how much man she thinks she can have without risking the possibility of losing him to a challenging female. In other words, she won’t strive for any guy who is either higher or lower than her own rating. In a sense, a woman’s confidence in her appearance appears to be the real deciding factor in whom a man will end up with. Men, more or less, take what they can get, all the way from the very creme of the crop, down to the bottom of the penitentiary barrel. Considering that men do not limit themselves by their own level of attractiveness, I would highly suggest that neither do you.

Wearing Your Heart on Your Face

Studies suggest that men who are looking for a long-term relationship, may pay particular attention to a woman’s facial features (suggesting personality). However, when looking for a short-term fling, it is her body that becomes his primary focus. This is nothing you probably don’t already know. What’s really important here, is the fact that a guy contemplating marriage does consider personality, at least as much as the subtle cues of her face can offer (happy, sad, laid back, crazy, etc.). So, don’t wear your heart on your sleeve; wear it on your face.

While certainly not the gospel, the results of a 3,000 participant study in Britain, suggests the majority of men prefer brunettes over blondes when wedding bells are ringing in their ears. The study was conducted by a popular beauty salon, and not surprisingly, the majority of men pinpointed blondes as being more fun, but all other hair colors were more sensibility and dependable (better long-term mates). It would thus appear; society (and the media) has had a fair amount of influence over how a man sees the woman he will marry.

However, before you pop open a tube of hair dye, consider that science has yet to understand what a soul mate really is. There is overwhelming evidence that “love” exists between a man and a woman, and it has been pinpointed in the brain, located in the same gray area as where reward and pleasure derive. It is with this idea that I leave you with these final words: Beauty may be in the eyes of the beholder, but true love is found in the depths of the human spirit. When all else fails, be yourself, and let fate fall where it may.