Home » How to Deal With a Commitment Phobic Man? 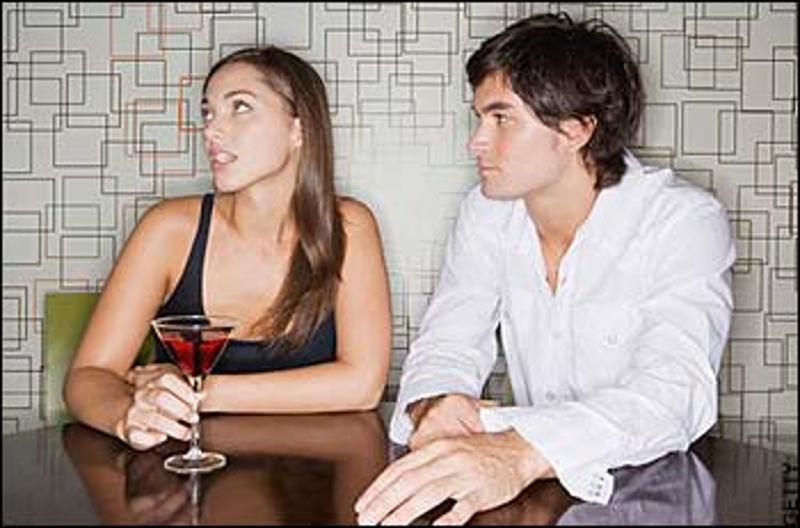 When a guy hears the word commitment he understands it to mean promise and obligation, until death does him part (or does him in). There is also a different batch of guys who love the word commitment. These are the guys who are so insecure they can’t wait to get the cuffs on.

There is one problem with a guy who has been pushing for commitment since the first hello. Women see right through his desperation, and will resist his charm. Both guys can be a problem to women, but the commitment resistant man will have the most success. There is something mysterious about a defiant man, driving women to want him for herself. Once she has him, she may wonder why she ever did. However, this is all part of the phenomenon of wanting what you can’t have.

What’s a Girl to Do?

Getting a guy to commit is a race against time. The longer you let him enjoy his bachelorhood, the more set in his ways he’ll become. One of the first things a woman can do to ease a man into it, is to understand what scares him. Men can get scarred away from commitment in a relationship for a variety of reasons. To get to the bottom of this, we need to discuss the three primary insecurities of men.

A guy fears rejection, failure, and his ultimate demise. In the case of relationships, he may no longer believe there is a pot of gold at the end of the rainbow. Some men doubt their ability to keep a woman happy. Perhaps he is not good enough. Maybe he is destined for failure, and his safest outlet is to be with as many women as possible. There seems to be safety in numbers to most men. What they fail to realize is that women hate the number’s game, and those numbers will quickly dwindle once they start talking to each other.

In order to help a man overcome his fear, you need to communicate the meaning of commitment. If you want to get something across, you have to tell him straight up. Women can tell each other that they have an important dance recital coming up that they are really excited about. To a woman, this is an invitation to be there, be on time, and that it’s crucial to follow through. To a man, this is small talk, and will be quickly forgotten.

You have to tell a guy when something is important, and you want him to be a part of it. A lot of women will say they shouldn’t have to tell a man what they want, and the fact that they do, means he doesn’t love them. This just isn’t true. It takes a man a long time to figure out how to read a woman. It sometimes takes a man well into his thirties and forties, so be patient.

The next step is to speak in concrete terms. Men do not do well with emotions and feelings in the verbal sense. When you say you’re unhappy because, “He’s never there, even when he is there,” he’s going to look at you like you’re speaking Dr. Seuss. Instead of describing your emotions, use concrete terms, such as:

“When you come home from work you never tell me about your day. I need that. I understand that you need time to unwind, but afterward, I want to sit down and talk to each other. This would improve our relationship.”

Now he knows what he needs to do to make things better. He understands what parts of his actions are the problem, and how to alter them to make you happy. If he has a problem with executing your request, you can talk about it. It may take him a few tries, but he should be able to eventually put it together.

A man’s fear of commitment has to do with his misunderstanding of the word. Images of chains, genital cuffs, and cattle prods may pop into his head. He needs to understand your relationship, and how you see it in the future. If he’s ready, he will share his concerns and the two of you can address them together. If he clams up, he should be earmarked as a guy who may never be willing. Give him time, but have your limits.