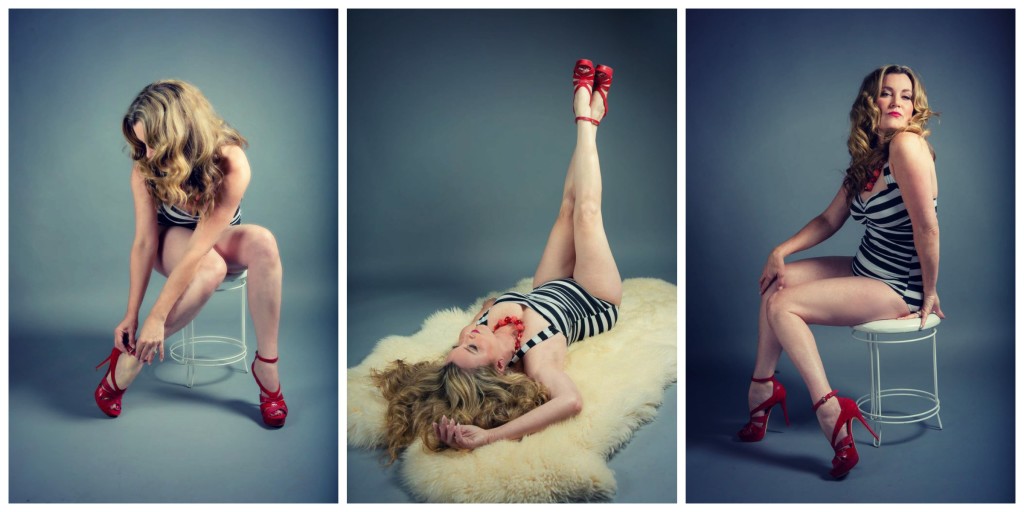 The beautiful woman who was formally known as beautiful is still the reining champ of sexy—she just may not know it yet. Or perhaps she does know and is just being polite so the rest of us don’t feel like chopped red velvet brownies this Valentine’s. And while we never knew she’d gone anywhere, Shannon Bradley-Colleary ‘is back’ and in full swing with her fabulous website, The Woman Formerly Know As Beautiful (or TWFKAB, for the hip kids).

You may also know her from her Huffington Posts and as a popular Keynote Speaker for BlogHer. Or you may recognize her as a cute nude on the Internet, considering she’s had ‘fine art’ photos taken at both 26 and 46 year benchmarks, which sparked the movement ‘Love Your Body Now’.

There are just so many angles, depths, colors and layers to Shannon, we decided to be brave enough to peel a few back to see what we would find. And we may never be the same again, and here’s why:

Just Amorous: Hi, is this Shannon.

Shannon Bradley-Colleary: It is me. I am just doing a little work. This entrepreneurial work is not for sissies. It is not for wimps. But I really like your site. It is easy on the eye, and I like how playful it is.

JA: Awesome. We appreciate that.

SB: I have always been interested in the topic of sex. And I like when it is dealt with humor and a certain amount of compassion, you know?

SB: Yeah. Exactly (laughs). But I have to talk about something here.

SB: You would think that kids would impact your sex life more when your children are infants and toddlers because of sleep deprivation, but what I am discovering is that now that my children are older, that it is almost impossible to connect in bed with my husband unless they are completely out of the house.

SB: Because now they are going to bed at 10 PM, and we have one shared wall with out 10-year-old, and you can’t really be free. So, I am definitely going to be writing about that. My children are my cock blockers (laughs), because they are. When then were younger I guess they were lumps of tiredness and just wouldn’t wake up. 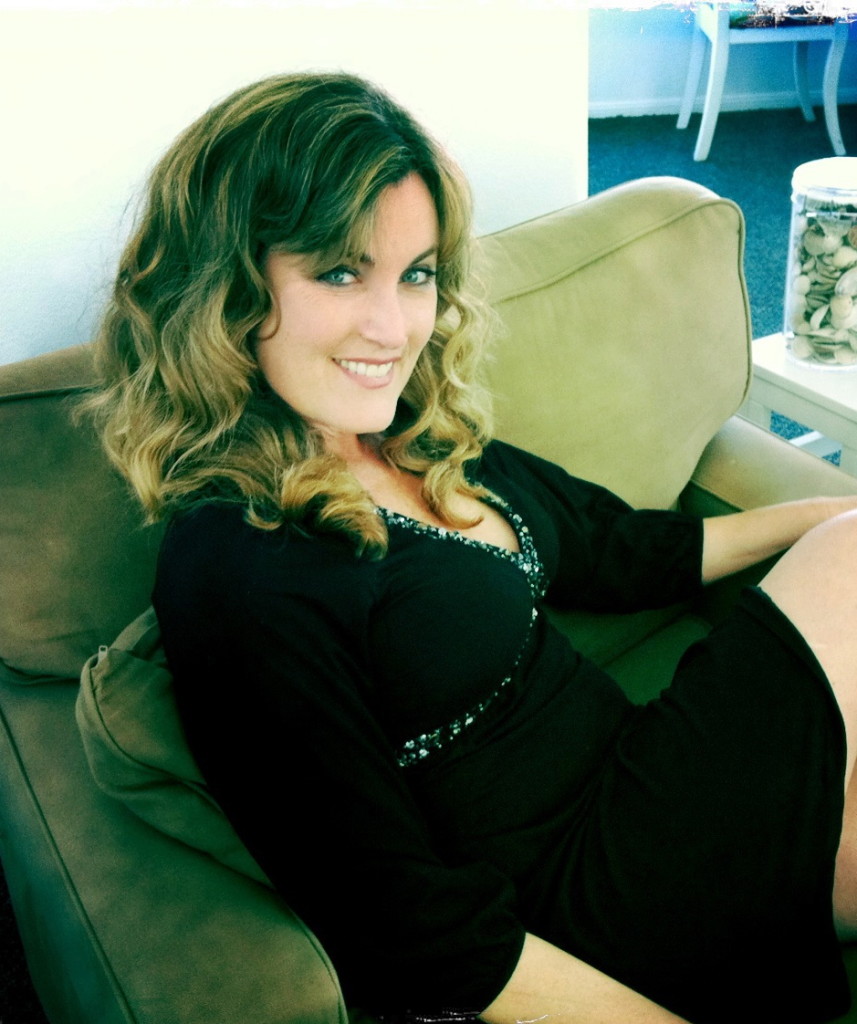 SB: So, that’s kind of what’s going on. Yeah. And I have another story. About two or three months ago there was this gentleman who wrote me an e-mail out of nowhere. He wanted to let me know that my married/sex column had stopped him from doing something stupid in his marriage. He said one day he stumbled on one of my columns, and started to read all of them, and he’d made a decision not to do that stupid thing he was going to, and to have a sense of humor about his married sex life. He didn’t know how he could thank me, so he sent me some Starbucks gift cards.

SB: Yeah. I thought that was really touching, because you never know how your work is being perceived. I was pleased about that. It made me feel really good.

JA: That sums up our relationships, which is a great segue to our first question. What activity do you think should be on every couple’s bucket list?

SB: And I forgot all about Gavin Degraw. (laughs)

JA: That cured you! So, what do you think are a few of the biggest underestimated qualities of a good man? 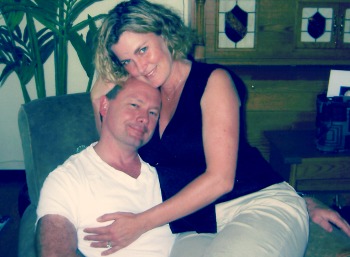 SB: Yeah. Oh boy—Prior to my husband I dated the bad boys. They were very handsome and had women chasing after them. That was very intoxicating initially, and then ended up being really painful. What makes my husband the best man I have been with is that he is the guy who is going to bring flowers to me after he gets home from work. He is the guy that if I am sick; he is the one making homemade soup, toasting bread. He doesn’t need to be asked, he is just a natural nurturing person—and I think that is often overlooked.

SB: Another one is keeping commitments and being moral. When my husband makes a commitment; it is forever. I really got that when he proposed. It took him a couple years to propose, because he had to be absolutely sure. And last would be not being a doormat. Not allowing a woman to take advantage of him. It is funny because men get a really bad wrap—that whole commitment phobia. But the truth is that for me, I have a tendency to be bossy and controlling, and my husband knows when he needs to put his foot down. His favorite phrase is, ‘Crawl towards the light’—in other words, get your head and nose out of my ass (laughs).

JA: (laughs) Do you think that a woman can train a man?

SB: You know what? Those semantics suck. You are basically saying that your partner is a dog. I don’t think any woman has the right to train a man to be better. A better way to phrase it, is to take responsibility as a woman for what we want and what we need. Knowing the difference between those two things. It really boils down to communication. I think you just let them know who you are and what you need, and then you have to understand who your partner is and what they need—and find the middle ground.

JA: Completely agree. So what do you think that most men want out of their relationships?

SB: I think there are a lot of things. I think what men want most is to be appreciated. The second thing is that you really have to give your husband sex, whether you feel like it or you don’t. I think men really need sex. You have to figure out what you can handle and offer it. I think what starts to happen is that a woman feels that her husband is too sexually demanding, then communication can shut down. For example, a woman might think: every time he rubs his feet against me in the bed I know what that means, he wants sex, so I am going to pull my feet away. I am not going to give him any kind of a green light. I think that is a slippery slope. For me, once a week is pretty good for my marriage. Sometimes it is really lame sex, but it is still sex. Sometimes I am not wanting it, but instead of pulling my feet away, I’ll make a plan to do it tomorrow or the next day, and then he knows it is coming. And I am happy because I don’t feel like it at that moment. And you have to have good will towards each other. It really always boils down to that.

JA: Absolutely. And a nice follow up is what do you think kills sex in committed relationships?

SB: (laughs) I have three things: Kids, kids and kids. The other day my kids were at my neighbors. And they are never away from the house together. They don’t have the same friends, they have different schedules. I ran in the door and told my husband, “We’ve got two hours, we’ve got to do it.” It is not very spontaneous or sexy, but it works. Kids can kill sex in a relationship if you let them. You have to fight actively not to let that happen. You just got to do it. The other thing is broken trust, and that could be if someone is cheating. The other thing is financial instability. A couple who’s finances are in bad shape. Sadly a lot of people are in that position to no fault of their own. Unforeseen things do happen and that is very stressful. But one way to look at it is that sex is free. It is one thing that doesn’t cost money. Life gets in the way and it comes back to having good will for one another and trying to work through it.

JA: And finally, what are the three things that every woman should know about her life and love, according to Shannon?

SB: The first important tip would be to know yourself. And that boils down to living the examined life. The other thing is to love your body. Women are so divorced from their body, but loving your body and living in it are so great for love and sex—because you are not waiting to be perfect. Women should be living in their body no matter what it takes. And finally is to be kind to yourself and your partner. And if a guy can’t give those things to you; say farewell.

JA: Thank you Shannon. It has been such a pleasure to speak with you live and in person, and we will never be the same again, and we mean that in a good way. 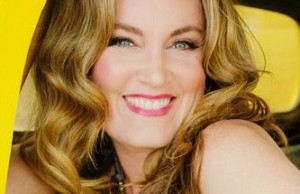 Read more of Shannon’s advice and musings at The Woman Formerly Known As Beautiful. You can also like her on Facebook or follow her on Twitter. But we’d highly recommend you do all three; for your own good!