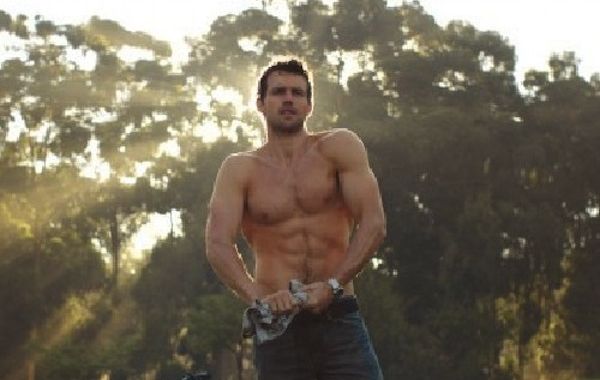 Have you ever thought to yourself, if I could just move far away, my chances of finding a good man would drastically improve? Just Amourous spoke to four guys living in France, Russia, China, and Mexico, asking them what were their greatest challenges to living and dating in their home country?

Nick is not a native of France. He was born in Montreal, Quebec, Canada, and then moved around between Halifax, Nova Scotia, Moncton, and New-Brunswick. He currently lives in Dijon, France, which is a city of over 350,000 people. “I live in the middle of downtown, in a bachelor apartment,” says Nick. “I pay 600 Euros ($1000 USD) a month for rent, and my electricity bill is expensive.” Nick makes between 1200-1300 Euros ($2000 USD) with his bar-tending job. “A lot of people in France are left with pennies by the end of the month,” complains Nick. This brings up one of the worse problems in France, known as “le pouvoir d achat”. This is fancy man language for not having enough money to go out with a woman or wash their dirty underwear. On a positive note, guys have plenty of time to save up for a date, considering most women play very hard to get. To the Frenchman, no, is often taken to mean either maybe, we’ll see, or why don’t you try me again tomorrow.

Evren is an Expat, working as a technology monitoring manager for a German automotive company. He is highly educated and has a great job in comparison to the average Russian male. According to Evren, you need to have a good job to afford the typical bachelor lifestyle. “A single man needs at least $4,000 to $5,000 USD to maintain normal dating standards in the big city,” says Evren. The typical non-executive, makes $1,000 to $1,500 USD. This makes taking a girl out for a big night on the town nearly impossible. On a positive note, the women are not materialistic, and by-in-large do not care about a man’s wealth, appearance, or age. The expected roles within a relationship in Russia exemplify the traditional roles of the 1950’s television show, Leave it to Beaver. Even though Evren can afford a car, he chooses not to, considering the traffic jams, lack of parking, and high cost of ownership. “If I need to take a girl out,” says Evren. “I take a taxi, or use the subway.

“When I take a girl out, she knows she’s been dated.” Michael is middle management from Melbourne. H lives with a room mate, and likes to think he has the whole dating thing worked out. Making about AU$3,500 a month, Michael says he relies on his wits to create a memorable date. “She don’t have to be impressed with your fancy wines and such if you can talk her up it all works out later.” His dating advice was to make every date an adventure and interesting experience. “Sometimes I ask my date to bring us something to eat and I’ll take care of the rest”. From rooftop dinners surrounded by strings of lights, to barbecues on the beach, Michael has a certain style that might work for some, including a few of you who are shaking your head (“no”) right now.

“I am not scared of anything,” says Chenhao. “But I am a bit worried about pocket pickers.” Chenhao is a sophomore university student at the Chongqing University Shapingba District. The cost of living for him is 1200 Rmb ($150 USD) a month to live on campus. He struggles to make this payment, which bothers him, considering he is used to living for free under his parent’s roof. “Even though most guys work, they still ask for money from their parents to go out on dates,” Chenhao explains. It is lucky that Chinese women don’t expect much from a first date. However, as the stages progress, in order to be taken seriously as a suitor, a guy will need to spend more money, which often includes buying small gifts for her parents each time he pays her a visit. Since Chenhao can’t afford a car, his dating options are limited. A typical Saturday night might include playing basketball, drinking, or hook up with a girl on a simple (no money required) date.

“I’m living in my parent’s house with scramble eggs, two quesadillas, and orange juice waiting for me at the kitchen table,” says Armando. “Two-hour lunch breaks, dinner at 9:00 PM, and ten-hour work days are typical.” With this in mind, it is difficult for the average guy to find time to date, finish high school, move out of his parent’s basement, and get an education. “It’s hard to enjoy crazy college nights of underage drinking, beer pong, and hip-hop music, while submerging yourself in thousands of dollars in loans,” Armando laughs. Despite the dismal earnings, guys are still expected to pay for every date, even when the girl does the asking. Most traditional, Mexican women would be offended by the mere mention of going dutch. However, to the bachelors benefit, most guys don’t have to worry about finding a clean pair of underwear. “Cleaning your apartment, doing laundry, grocery shopping, and washing the dishes can all be taken care of by hiring a maid for less than $70 USD a week,” Armando gloats.

It would appear that no matter where you live, guys are still fundamentally the same. This includes concerns with earning money, finding time to date, gaining respect from women, and conceptualizing the best means to keeping their dirty underwear off the floor!