Home » What Price Would You Pay for Toned Abs? 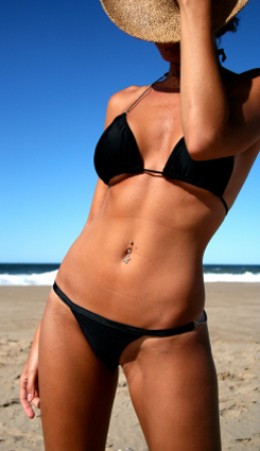 Toned, flat abs are a sign of health, vitality, and youth. One of the best ways to achieve phenomenal abdominal muscles is to exercise and watch your diet. A good general routine is to workout the entire body three times a week, along with your abs, and do aerobics at least two times a week to boost your metabolism.

While your goal may be to achieve a flat stomach, it is still recommended to exercise the entire body, in order to stimulate overall muscle growth. Many weight lifting exercises, such as squats and power cleans, involve working the ‘core’ body tissue, which includes strengthening the abs and lower back.

This is one of the best ways to achieve six-pack abs. However, there are other ways. 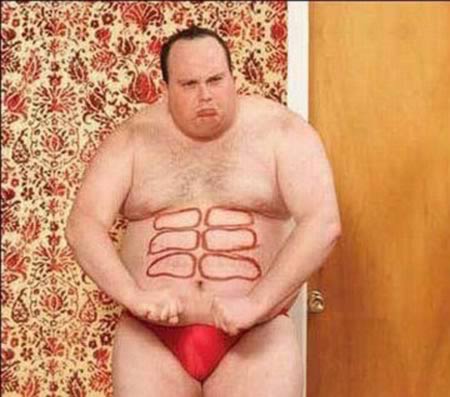 The “300” Effect
The look of abdominal muscles can be faked by spray tanning darker contours around your existing muscle contours. A person needs to be in reasonable shape for this to work. However, as was shown in the film, 300, a painted six-pack can look quite impressive when done by an expert. And keep in mind, I did say, by an expert…

Liposuction, Abdominal Etching
Another option is a plastic surgery procedure known as abdominal etching. The idea is to remove fat around the midsection, paying particular attention to where the body’s muscles naturally contour. The result is a sculpted six-pack, created from your own belly fat. Optimal results will be seen in people who have already lost the majority of weight they needed to lose, and are looking to create the illusion of additional definition. 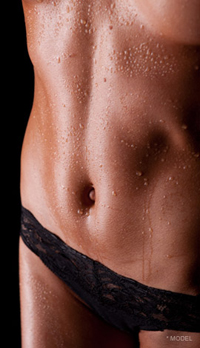 Vaser Liposuction
One particular procedure for creating abdominal muscles is known as Vaser (Vibration Amplification of Sound Energy at Resonance) liposuction, which was approved by the FDA in 2001. It works by having a thin tube placed beneath the skin, and through the use of ultrasonic energy, small pockets of fat are targeted and eliminated. The benefit of using Vaper over traditional liposuction, is the smaller probe causes less damage to the nerves and blood vessels, creating a smoother contour, and increasing the tightness of the skin.

Can a woman with a large pot belly achieve sculpted abs using these methods? Yes; well sort of. However, the result would be less than ideal, as a good portion of belly fat is also stored around the internal organs. Since liposuction is not performed inside the abdominal cavity, the result still leaves behind the original belly bulge, which can appear somewhat surreal (unnatural) with the addition of contours.

Which brings us back to the fundamental (tried and true) method of diet and exercise.