Home » 10 Signs to Catch a Cheater Before He Cheats 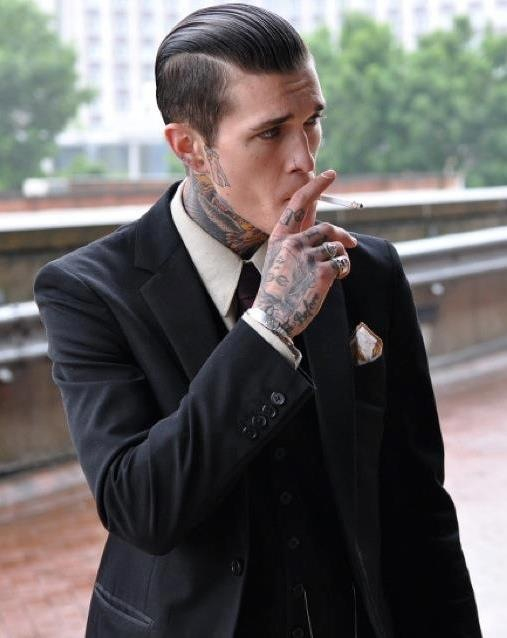 There is no one sign that can flag a cheater before he decides to cheat. But there are 10 signs that when combined – offer a pretty good indication that this is a man to keep your eyes on (or off, for that matter). Here are the 10 signs that a man could be a serial cheater.

Men who are invested entirely in themselves will never consider what you need out of the relationship. They will feel a sense of entitlement to enjoy more than one woman, and if you are not satisfying them entirely (which almost no woman can) he will actually believe you deserved to be cheated on.

There are certain spineless jerks out there who treat women badly (cheat on them) when they are ready to exit a relationship. This takes all the pressure off them to do the dirty work (breakup) and puts it all on you. And if there was ever a great excuse not to put up with that ‘jerk’ in your life any longer, consider this just one more wake-up call.

Cheaters are prone to live out their lives slightly undercover – even when there is nothing yet to cover up. They like to play behind closed doors, keep their phones and computers hidden away, and they aren’t particularly descriptive when asked what they did all day. Cheaters are also perpetual liars, and you will see this tendency come out with little white lies that will eventually grow to become much more serious.

Men who grew up watching another man cheat on his mother will walk away with one of two viewpoints. Either he will sympathize with his mother and become an extremely faithful man based on his experiences. Or he will sympathize with his father, and feel a sense of entitlement similar to the narcissist. The best way to know which kind of man you’re dealing with is to listen to his childhood stories to get a sense of which way his sympathies lean.

Men who seek extreme excitement are often the kind who cheat. This isn’t surprising considering that the ultimate way to hang on the edge of your seat in a relationship, is to have no idea when you might be caught in the arms of another. The interesting thing about these guys is even before you really get to know how extreme a guy is, you can get a hint based on his resting heart rate. The average heart rate is somewhere around 70 beats per minute, but if a man’s is significantly lower, is could mean it takes a lot more excitement to get him going… and are you really up for that task.

The juice behind many sexually driven men is testosterone. This stuff can make a man aggressive, insensitive, and you can sometimes get a reasonable measure of how much of this stuff is in a guy based on how much longer his second (index finger) is compared to his fourth finger (next to his pinky). These men are also usually muscular, hairy and balding (all signs of excessive testosterone). But don’t get me wrong, as not every man that fits this description is a potential cheater (as that would be a lot of them). The red flag is if a good portion of these other nine signs are present in this guy.

While not all men who cheat once, cheat again, a good portion do according to various surveys. So when the question comes up… should you trust a man who has cheated before? The answer will be within your own heart, but just know that the odds are not in your favor. Choose your second chances carefully.

There are certain numbers in a cheaters life that have a lot of significance. In particularly these are age 29, 39 and 49. These are considered to be pivotal moments in a man’s life when he seeks big change. And according to research with the cheater’s website, Ashley Madison, these are also the ages when men are particularly prone to make such a change include an affair.

There are women who don’t like to bring up the topic of cheating and there are men who won’t talk about it. Neither of these are good scenarios, as talking about it is the only way you are ever going to know each other’s boundaries. If a man does not know what is considered to be ‘cheating’ in your eyes, he might assume a non-emotional affair is acceptable. Men are also better able to handle a proposition from another woman if they have already made a plan of what they would say (and do) if another woman approached them. Keep your head out of the sand when it comes to the topic of cheating, as there is little to gain by ignoring it.

Men who are unmotivated are also more likely to cheat, based on the idea that they will likely have more time on their hands, and they will also feel less like a man if their partner becomes the breadwinner. A passionate man is a man with direction, value, and the stamina to be true – so don’t sell yourself short of the happily-ever-after that you deserve.