Home » 5 Things Guys Love to Hear From You 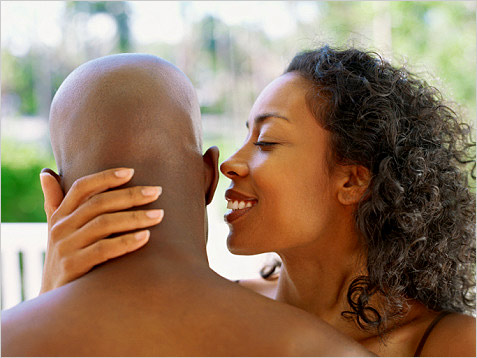 Men are not that complicated. Give them some peace and quiet, a remote control, and a few kind words every now and then, and they’ll be as happy as a dimple on Chris Hemsworth’s cheek. Here are five simple phrases that every man will appreciate hearing every now and then.

1. “I’m all yours tonight.”
In the beginning of relationships, most women love their men for their carefree attitude. His ability to drop everything and take you away on a weekend getaway at a moment’s notice. Then along comes bills, a baby, piano recitals, and before he knows it, his carefree attitude is no longer appreciated. Undoubtedly, women are the head organizers of the household, and without them, kids would be walking around with their underwear on the outside of their pants. However, rather than concentrating on what needs to get done, you should occasionally put yourself into your man’s capable hands. Give him the chance to take you away from your daily responsibilities, and remind you that you’re still just a girl in love with a great guy.

2. “I need you.”
All men see themselves as white knights. It is in his evolutionary decoding to be your protector. Not because you can’t take care of yourself, but because it is a woman who is the more cherished sex. Think about the common heroic phrase, women and children first. Women aren’t coveted just out of politeness and chivalry. It is because it only takes one man to impregnate an entire town of women. However, each woman is vital to the propagation of the species. Today, we no longer need the numbers. None-the-less, men are still driven by the siren call of a damsel in distress. Having a purpose in your life means more to men than you will ever know.

3. “…”
The sound of solitude is blissful to men. While a woman may take a man’s silence as the calm before a storm, it is often just a sign that he is content in his own mind. Many guys are frustrated by their wives or girlfriends, who are trying to get them to reveal their feelings. We want to know about his day at work, opinion of the new kitchen mat, and feelings over the last episode of American Idol. I’m going to let you in on a secret. He doesn’t have anything to say about these things. Enjoy the simplicity of your man, as it is one of the things he does right.

4. “You are wonderful. I’m yours. I love you. I need you… now change.”
Studies suggest that couples are happiest when they maintain at least four compliments for every criticism they give their partner. Failing to maintain this 4:1 ratio, will make you more of a nag, than a loving spouse or girlfriend. Negative reinforcement has never worked effectively in the animal kingdom, and it doesn’t fare too well in the human kingdom, either.

5. “Let’s role play your sexiest fantasy tonight.”
Just because men are drawn to certain types of women, doesn’t mean they are good for him. When it comes to being crazy, there is both a positive and negative variety of women. A good crazy is the kind that keeps a guy guessing in anticipation as to what you are going to do or say next. It means that you are spontaneous, sporadic, and the thought of your quirky side unleashed in the bedroom is enough to drive any man insane with expectation.