Home » 5 Things You Should Know About Dating Men 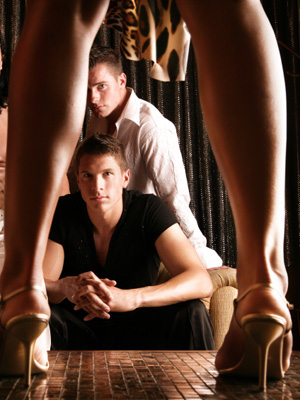 Men are very guarded when it comes to what they want in women. Some men are this way because they are commitment phobics, others have no idea what they want, and the majority are not very good at expressing their needs. What’s a girl to do? Well, for starters, here are six things that you probably ought to consider each time you are dating a new guy.

1. Blondes May Have More Fun, But… Brunettes Hear the Majority of Wedding Bells
If you are thinking about changing your hair color in hopes of scoring more hits on the love-o-meter, here’s some research to consider. While the old saying goes, blondes have more fun, it appears that brunettes may hear the majority of wedding bells. According to a survey of over 3,000 men who were asked which hair color represented the most sensible and dependable woman, most men agreed that brunettes and redheads were the best choice for a long-term companion.

2. What You See is as Good as it Will Ever Get
One thing all women need to know about dating guys, is that what you see is pretty much what you’ll get. This is not to say that what you are seeing is the truth, the whole truth, and nothing but the truth, but rather that you shouldn’t expect any more. Women have a commendable desire to want to improve men who are just a few habits short of being a decent catch. The real ‘catch’ is, guys rarely change, so if you don’t like everything you see, you probably won’t like everything you’ll be getting if you stick around.

Beware of the Mystery Man
A little mystery is good and proves to be quite attractive to women. However, too much of this good thing should be considered a red flag when getting to know a guy for the first time. Married men are known to test the cheating waters, so to speak; but they’ll be limited to what they can say and do. For instance, they may be secretive where they work or live, prefer to meet in obscure places, avoid being seen in the broad daylight, and only use their cell phone while away from you (incognito). These are all red flags that he could be living a double life.

3. Know How to  Identify  a Player
There is a big difference between a guy probing to get to know them better, and doing it to get pertinent information to play you. A player doesn’t like to be in competition with other guys, and the best way to jump to the top of the list is to become everything you’ve ever wanted. That’s a pretty tall order for most any guy, but not if he knows exactly what will make you swoon. The player does this by asking certain questions that may seem innocent enough, but what he is really doing is finding out what style of clothing you find sexy; what you liked (or disliked) about your exes, and/or what was the best date you’ve ever had. Don’t analyze every question too much, but just be aware of the games that players play.

4. Curiosity has the Tendency to Kill a Player
They say that curiosity killed the cat, but it has also been known to kill a few players. You should always maintain a heightened  awareness during the initial introduction of a potential mate. In particular, you should pay attention to how a guy reacts to the things you say, and curiosity is one of the best ways to identify a player before he gets the chance to dig his claws in to you. For example, if a guy starts telling a story that may sound a little wild and crazy, rather than passing judgment; smile and ask him to tell you more about it. When a player feels like he is connecting with a woman while being himself, he is more likely to let down his guard, allowing her to see the true him! This is one way to play a player before he plays you!

5. Silence is Golden
Women have the gift of gab, which means we can vocalize and interpret speech at lightning speeds. Keeping this in mind when you talk to a guy on the phone. Always give him plenty of time to process the conversation. Women often become uncomfortable during awkward silences, and have the tendency to fill that silence with such filler phrases as “Never mind” or “You don’t have the answer that.” However, there is something you should consider. Some guys actually wait for these filler phrases, so they don’t have to answer a questions they don’t want to. Don’t let him off the hook that easy. If it’s something that’s really important to you; leave him on the hot seat for awhile. If you wait long enough, he might work through his resistance, and give you an answer.