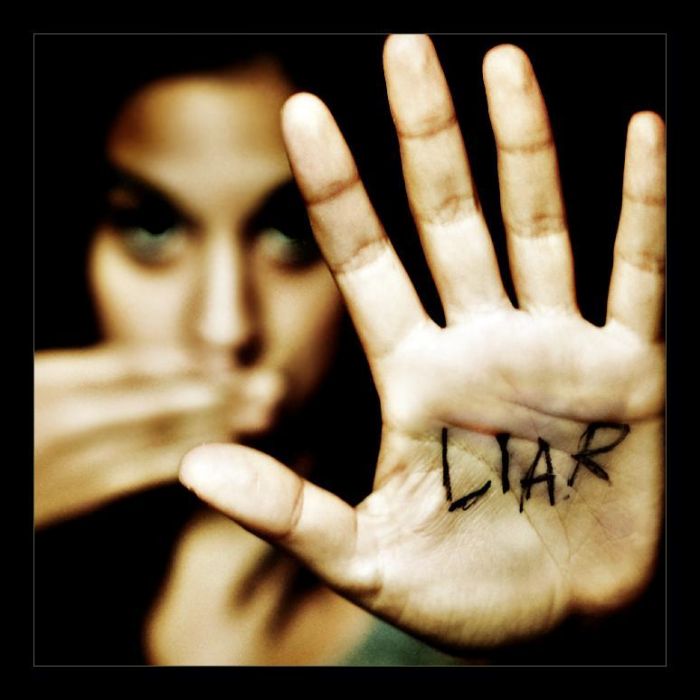 The biggest problem with a man who lies to you, is that 30 percent of these men can roll a whopper off their tongue with the same ease and confidence as telling his mom that he loves her. And while all men lie to some degree, there are certain lies that should never be tolerated–such as these seven.

A man spends 85 percent of his life in isolation from his feelings and other people. This is one of the main factors why most men have fears of loneliness, rejection, and being ordinary. A patient woman can teach a man how to access the tender portions of his heart by communicating on his level. While it is often better to allow a man to come to you with his problems, if you want to engage the conversation yourself, take him somewhere that the two of you can busy yourselves in a side-by-side project (walking, gardening, etc.), and he will be more likely to open up to you.

Most men fall head over heals on a first date. This is basic brain chemistry, as the oxytocin created from being with a woman, is a couple of levels below that of a heroin high. But just because he is on cloud nine, doesn’t mean that once he gets home, he won’t fall off and find a replacement (alcohol, video games, porn, etc.). In addition, most men prefer to end a date on a positive note, which means he will choose to make you feel good, even if he has no intention of ever calling you again. The lesson here is: Do not read too much into a guy’s reaction on the first date, and don’t waste your time wondering what went wrong–it just wasn’t meant to be.

When was the last time your guy told you he was on his way, only to show up three hours later with a bouquet of flowers and a sheepish grin? This is a form of passive aggression, and is particularly common when there is a function involving your family or friends. You can overcome this aggression by resisting the temptation to nag him, and simply tell him that he disappointed you, and then let it go. In other words, let him create his own dialogue of guilt. If he is a good man, he will feel plenty bad about letting you down. And here is the test: When the nest time rolls around, let him how important it is for him to be on time. If he still fails to come through, you’ll know you’re not anywhere near the top of his list.

Men have developed an escape route for just about every misunderstanding that happens in their relationships. What they will do is scratch their nose, raise their eyebrows, and nod their head while uttering the phrase, “I understand.” It is not that men don’t want to understand–it is more along the lines that they sometime can’t connect with you. So, when you say, “Why can’t you show that you love me?” He is saying behind his breath, “Why don’t you don’t know how to tell me what you want in a way that I can understand?” If you want your guy to do more of something, instead of hinting about what he could do, just come right out and tell him what you really want (hugs, flowers, sex, etc.).

According to surveys, one of the biggest lies that men tell is how much they have had to drink. Getting involved with a man with an alcohol problem will open up your world to lies way beyond these seven. So, before you step into a relationship with a man suspected of having a drinking problem (or any other serious addiction (gambling, sex, drugs) for that matter), consider the very long road that may lie ahead, and make the best decision for yourself.

Cheating among married men is rampant in some parts of the world, and I would hazard a guess to say that you probably live in one of these areas. In the very early days of dating (think caveman), the successful male won the dating game by propagated his sperm to as many women as possible. Sex was just a means to pleasure, and to bring about more mini-him’s. In modern society, the intelligent man has discovered the value in a secure, trusting, and intimate relationship. If a guy doesn’t have the sense to think of a better opening line than “My wife and I are separated,” he is not only most likely a liar and cheater, he is probably just a few brain cells ahead of slinging his own poo.

Men thrive off the legacy they are building and what other people think of them. This is why it is quite common for a man to boast about things that he has not yet achieved as if they were true. This doesn’t necessarily always make him a bad guy. However, it can be a deal breaker for some women, especially when success and honesty are important to her, and he has failed to deliver either in a single breath.

A good man should always be thought of as such… until he has proven himself otherwise.