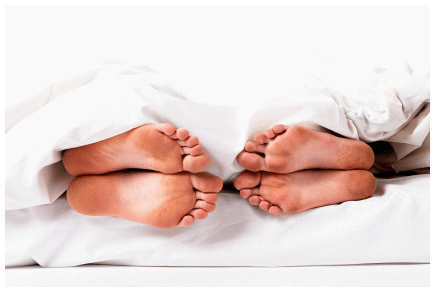 If you think you know everything there is to know about sex and dating, then these 7 myths should come as no surprise.

1. Fatal Attraction– In Hong Kong, if a husband is caught cheating, the betrayed wife is within her legal rights to murder him. This is a true law. However, there are a few stipulations. If she catches her husband, she must do the deed using her bare hands. Using any other form of deadly force will cause her to not pass go, collect $200 (in fan mail), or receive her ‘get out of jail free’ card!

2. Bedroom Lies– The majority of big questions are asked in the privacy of the bedroom during the evening. However, according to research, the bedroom is the worst place to get the truth. If you really want to find out what someone thinks, studies show that talking in the morning at the breakfast table is the closest you will come to truth serum.

3. Not Tonight, Honey– Athletes withhold from sex the night before a big event to ensure stamina and peak performance. However, an unnamed British doctor discovered that peak performance actually occurs within 90-minutes of having sexual intercourse. He further hinted this practice should be used to maximize a countries gold medal potential in the Olympics.

4. In the Mood– Is is common knowledge among women to not attempt to arouse their boyfriend while he is in the midst of watching a football game. This is believed to be even more true when his favorite team is losing. Research says, however, while most men’s appendages will shrivel while watching any sport, it will get particularly ‘small’ while his team is winning. Sorry guys, it looks like the losers actually win in this situation.

5. Apples to Cherries– Sir Isaac Newton came up with his theory about the earth’s gravitational pull when an apple fell upon his head one afternoon. Perhaps, even more amazing, is that rumors suggest he may have died a virgin at the age of 85.

6. Most Important Meal of the Day– The cereal king, Dr. Kellogg, first introduced Kellogg’s Corn Flakes to reduce the occurrence of ‘self pleasure’ in teenagers and adults. It was believed that a bland diet, absent of any taste would decrease the desire to pleasure oneself. Many years later, this myth was dispelled and Kellogg’s was free to add a few teaspoons of sugar to their otherwise, bland breakfast flakes.

7. Sneaky Pete– Most hosts worry about good food and a clean house for a successful dinner party. However, statistics suggest that what they should be worried about is what is lurking in their medicine cabinet. As many as 40% of all guests at any party will peruse the bathroom, searching for any interesting personal/sexual artifacts. For a little fun the next time you host a party, clean out your medicine cabinet except for one cucumber, one banana, and a bottle of baby oil.