Home » How to Talk to Your Man 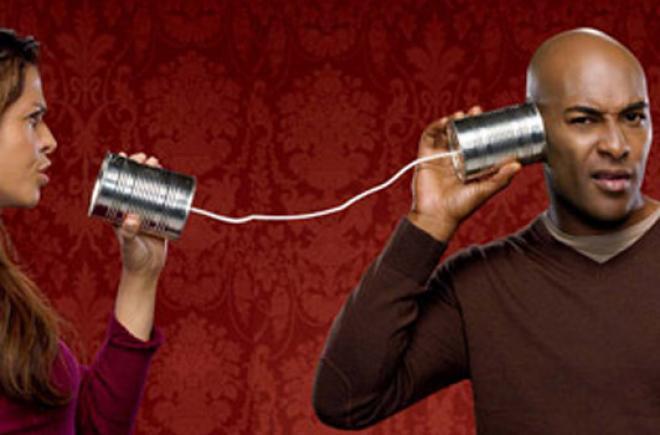 If there is anything that I can say with some degree of certainly, is that men and women are actually not separated by millions of miles of space and time. While there is scientific evidence that the male and female brain might be wired differently, we do have the capacity to understand each other if we can break through the barriers of communication.

For instance, men refrain from eye contact, affirmations (“hmm”, “yes, I see your point”), and long discussions, while most women enjoy eye contact, long conversation, and active listening. This gap can however be minimized with the understanding of how a man communicates, and no grunting should be necessary.

Talk About His Interests – One way for a woman to put herself in the spotlight, is to trash the small talk (“What do you think about this weather?”) and chat with him about what he likes. Men love to talk about cool stuff, and once that initial bond is created, they will be more likely to open themselves up to deeper conversations.

Compliments – The saying goes, compliments will get you anywhere, and when it comes to men, this is very much true. Men love to be reminded of their positive attributes that make him stand out from other men. If he feels wanted and needed, he will be more likely to let down his guard and take an interest in sharing his feelings. And unlike us women, men actually believe a mushy compliment without questioning its motive.

Positioning – How you position yourself can be very important when communicating with a man, especially when the subject matter could be potentially heavy (commitment, emotions, etc). Men are innately uncomfortable with direct eye contact, so by positioning yourself along his side, as in taking a walk, driving, or working in the garden, he is given the space to think and share, without feeling attacked.

Making Music to His Ears – Recent research suggests that men interpret the sound of a woman’s voice as music. To clarify this research, it has nothing to do with the way a woman speaks, but rather the more complex nature of her vocal chords. It’s not that a man doesn’t have the ability to process her sentences, it just takes more of his concentration. Keeping this in mind, your most effective conversations will occur when he is not distracted, and all information is reduced down to a “need to know” basis.

Positive Influence – Assuming that men are not always hearing what us women are saying, sometimes it is best to lead with positive influence (do as I do, not as I say). For example, it is not that men don’t like to be romantic, but rather don’t know how. Some men learn by example, rather than not-so-subtle hints (“Gosh, I haven’t received a massage in awhile”, or “The sink isn’t draining today”). If you want a massage, give him one. If you want him to fix the sink, get out the tools and ask how you can help.

Reward vs. Punishment – Most men respond better to positive reinforcement (kissing, hugging, etc) than negative (complaining, yelling, etc). For instance, if there is a habit you wish your partner would quit, such as talking with his mouth full, instead of scolding him, take the subtle tactic of ignoring him when food is in his mouth, and giving him your full attention when it is not. The key is to nudge him in the right direction, without acting like you’re trying to change him.

Men are not all that complicated, and they are certainly not too simple to understand the basics of communication. Put a little extra effort in trying to talk to your guy, and he will most likely reward you by returning the favor.