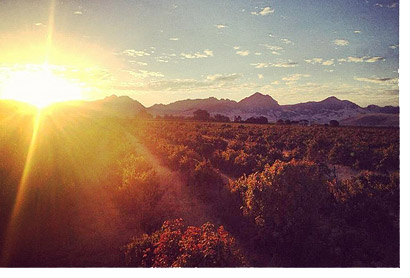 Health and wine used to be two words that were not often used together. However, there has been enough studies to suggest that wine may pose several benefits to your health, including reducing your risk of heart disease and diabetes. “UC Davis (University) said it couldn’t be done,” boasts Judy LaRocca, co-owner of LaRocca Vineyards. “We said we were going to make wines that were totally organic without sulphor dioxide (SO2), and we have.”

Wine has also been touted to raise the number of good cholesterol (HDL), while lowering the bad (LDL). In addition, research in France has concluded that sharing a glass of wine with friends during a meal, may actually help moderate eating, thus curbing obesity. Unfortunately, not all wine is as healthy as it could be.

As it turns out, there are only a handful of commercial winemakers who have earned the right to be labeled by the NOSB (National Organic Standards Board) as USDA organic. LaRocca vineyards not only farms their own organic grapes, which means they are grown without chemical fertilizers or pesticides; they also bottle without chemicals, commonly known as sulfites.

Sulfites have become the industry standard for making wine. Bottling a live fermentation process has a way of continuing what nature has set forth, until the wine turns to vinegar. Instead, winemakers use sulfites to stop fermentation, and sterilize its contents. Unfortunately, these chemicals may also have the tendency to assault your nose and palate, mask delicate flavors, and even cause headaches and other more serious reactions.

They Said it Couldn’t Be Done 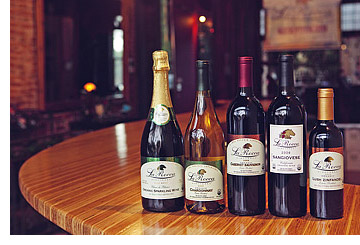 Their story begins in 1984, when Philip and Judy LaRocca took up grape farming among 110 acres of unkempt Cabernet Sauvignon and Merlot grapevines located in the California Sierra Nevada mountains. “Commercial winemakers can put 120 chemicals into your wine, and the only one they have to list on the label is sulfur dioxide,” warns Judy.

“When we started, there was no school to teach you how to make wine without sulfur dioxide.” What they soon discovered is that organic wine needs to ferment down to practically zero sugar to keep from spoiling. The process must also be sterile, from the racks to the holding tanks and bottles. “It helps that we have a triple Virgo as my husbands assistant, because he is a nitpicker,” muses Judy. The LaRoccas also use clay for the fining process (instead of animal byproduct), so their wine is entirely vegan.

The result of this delicate balancing act is a wine that contains live cultures. It tastes clean, and will not assault your gut with sulfites, which according to research, could be doing more harm than you realize. Even if you do not have a physical reaction to the sulfites in wine, it could be sterilizing the microflora in your intestine, killing enzymes, and making you more prone to viral infection (flu) and food allergies.

Today, the LaRocca vines are nearly 40 years old, which means they are considered old growth, and will never produce the quantity of grapes they once did. However, what they lack in quantity, they more than make up with their exceptional quality. This is like Judy and Philip, who have also aged with grace and wisdom, and whose wine mastery continues to challenge what is currently believed to be the limits to commercial wine making. For instance, The LaRocca Vinyard also has organic champagne (sparkling wine), which is a first of its kind.

“Philip nose about wine,” Judy jokes about Phillips profile, and exceptional ability to judge a wine by its distinct aroma.