Home » Oil Pulling – Is it Worth Your Time? 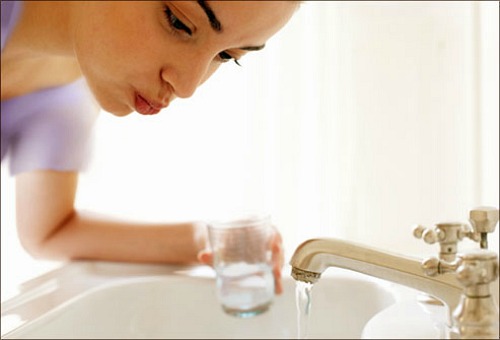 Chances are you’ve heard of oil pulling by now. It’s gotten a lot of buzz lately in mainstream media and has stirred interest among health-nuts looking for the next cure-all. An ancient Aruvian method, oil pulling is said to cure anything from, “head-aches, bronchitis, tooth pain, thrombosis, eczema, ulcers and diseases of stomach, intestines, heart, blood, kidney, liver…” and the list goes on. (from oilpulling.com)

I’m always up for a natural or organic alternative, so I thought I’d give oil pulling a whirl. The gist: Swish around an oil of your choice for 20 minutes, being careful not to swallow anything accidentally.

In a word, I would say… yuck. As soon as I put the spoon full of coconut oil in my mouth I began to feel nauseous. There is something about warm chunky oil that just makes you want to spit it out immediately. Am I a wimp? Perhaps. But the build up of saliva after swishing oil around for 20 minutes (okay let’s be honest, the most I could stomach was 10) is just plain disgusting. I tried it one more time for good measure the day after and had the same experience.

The after-effects: My teeth felt clean and appeared to be a tad bit whiter. But why not just use whitening strips?

According to several scientific studies that tested the validity of oil pulling versus modern dental care, “There is no evidence or plausible rationale to recommend oil pulling for any indication other than as a poor substitute for oral care.”

Despite the myriad of claims from all over the web, there is no real research to back them up. Researchers cannot directly link oil pulling to doing anything except decreasing harmful bacteria in the mouth and even then it’s sub-par to standard methods such as toothpaste and mouthwash.

My advice: Save yourself 20 minutes a day and use regular mouthwash.