Home » What Really Happens During a Guy’s Night Out 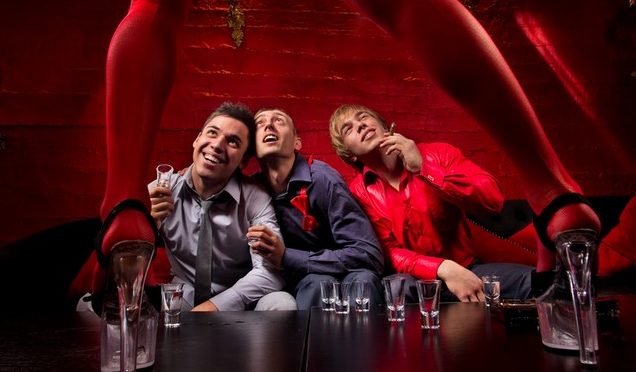 Women, you probably already have your theories about what happens during a guy’s night out with the boys, but most of those are likely to be wrong. There is a big different between the way the media project what happens when a group of guys hang out together – and what ‘really’ happens.

A Real Man’s Night Out

Men Drink, But Don’t Intend to Get Drunk

The purpose of a man’s night out is to enjoy a few laughs and build some camaraderie. Men are ‘group’ animals, in that we do whatever it is we think best for the group. Occasionally, one guy can get a little out of control with the alcohol, but his buddies are usually watching out for him for the most part. The only time a group of guys will allow a buddy to get somewhat out of control, is if he requested before the night began that he be allowed to be ‘out of control’.

Men Discover What They Need is a Good Woman

You would think that a group of men hanging out together might promote the lifestyle of a perpetual player. In actuality, sitting around with a group of single guys struggling to find (and keep) a woman is a good reminder (for the guys in committed relationships) of how good they have it at home. Deep down, what every guy needs and wants is a good woman, and they are not as likely to risk that over some dare (or double-dog dare) as you might think.

Women Don’t Pay Much Attention to Them Anyway

The only women that prefer to associate with a large group of men are strippers. This is because most groups of men are silly, immature, not particularly charming, and possibly even a little threatening to the average woman.

But What About Those Strippers?

Your average group of guys has no interest in hiring a stripper. In fact, there isn’t a quicker way to break up a guys night out than to introduce an uninvited ‘professional’ into the mix. Of course, it all depends on the guy, but if a man really had plans to impress a woman, he’d know his best chances would be either by himself of with one experienced wingman.

Guys may get together for different reasons, but the scientists from the University of Gottingen suggest that the ritual of male bonding is actually meant to be ‘relaxing’ and chilling experience. It is not an opportunity to go crazy, like a group of teenagers getting away from their parents, but a chance to unwind, laugh, and talk about stuff that doesn’t really matter. What kinds of stuff, exactly, you’re probably wondering?

Men Talk About Sports, Cars, and Other Unimportant Stuff