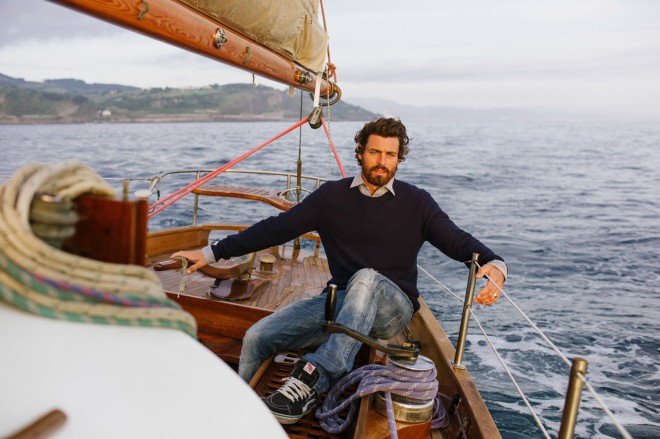 It shouldn’t take a survey to understand that great sex is one of the driving forces in a relationship. I’m not saying that it is the most important. However, there is evidence that a great relationship should evolve, sexually, through the years, and increase a couples romance, intimacy, and communication. The reason why more mature/established relationships do not experience this heightened awareness of better sex, is because they assume that just because sex is a natural act, it should be able to take care of itself. Unfortunately, it is only the birds and bees that seem to be satisfied with the basics of the motions. Human beings prefer variety, experience, and a little creativity.

Here are seven ideas from real guys, guaranteed to make your guy at least a bit more exciting in the sack!

Sex
News Flash! Men don’t actually want sex… They want a partner who wants sex. Men can have all the sex they want by themselves. It is with another willing member of the human race that makes it the most enjoyable. Consider this your guy’s word not to worry so much about your hair, make-up, and breath, as what is truly sexy is a partner who knows what he or she wants!

The “Oh” Face
Guys basically wing it when they’re having sex, and this is when a phenomenon appears that I like to call the “Oh” Face. This is the expression that appears on a guy when he has absolutely no idea what he is doing, but is surprised that his partner seems to be enjoying it (“Oh” you do like my what I am doing to you right now). Whenever you see this face, it should be a reminder that guys take cues from your reactions in the bedroom. Think of it as his sexual GPS. This is why you should let your guy know whenever he is in the right neighborhood by mustering up a vibrant vocal display. This will ensure that he visit there more often!

Sex Talk
Speaking of voices in the bedroom, a couple of researchers put their investor’s money to good use when they studied the effects of a woman’s voice during sex. Guess what? Mikey liked it. In fact, a good portion of guys had better (and more frequent) orgasms simply by the added sound of their partner’s voice (cooing, instead of complaining, snoring, or reciting the alphabet).

Love Versus Sex
The research on love and sex is ongoing, and what scientists know so far is that the brain can tell the difference between the two. They also know that the feelings of love can influence a man in many ways, one of those, being he wants to please his partner so much, he may let that get in the way of the workings of his manhood. This is why it is important for you never to assume that your man’s ability to perform is connected with how much he loves you. Just because he’s a little droopy, doesn’t mean it has anything to do with being attracted to you.

Make it Hurt So Good
Men handle women gently, as that is what he has learned from watching a lifetime of Richard Gere movies. Women, God bless them, pay attention to our tender touch, and think this is what we want in return. This couldn’t be farther from the truth. The majority of guys like to be bitten, scratched, sucked, and the only exception is to take it easy on his most sensitive man parts, if you know what I mean.

The “F” Bomb
Friendship is a beautiful word to women. It conjures up images of poems, refrigerator magnets, tea parties, and sharing a pants with her friends. However, what it means to a guy is moving boxes, hugs, and watching Pride and Prejudice together on the couch. It is okay to covet friendship with the men you are dating. Never-the-less, before you drop that verbal f-bomb, consider how much you like this guy, as it may be the driving force that literally blows your chance with him to smithereens.

Sleep is Sexy
Studies suggest that the sexiest women all have one thing in common… they sleep. Yes, researchers actually went to the trouble of rating the effects of sleep deprivation in women. As it turns out, guys across the board preferred women without dark circles and bags under their eyes. Who would have guessed?

Please leave your tips as to what turns your own guy on?