Home » Are You in a ‘Normal’ Dating Relationship (Part 2)? 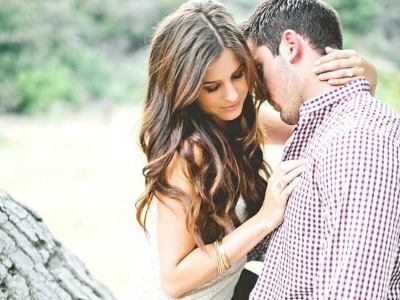 In part 1 of this series, we talked about the questions which likely come up early in most of your relationships. In Part 2, we will be discussing some of the more common questions that may bother you after a relationship has gone on for awhile.

Is it normal not to want to sleep in the same bed as your partner?

Verdict: Absolutely
Nearly everybody is annoyed with at least one thing about their partner, and a good number of women have a long list of complaints. A hot topic over the past couple years, is couples choosing to sleep apart, for no other reason than to get better sleep. As many as one in five couples sleep in separate rooms when one partner has an annoying bedside habit, such as sleep apnea, loud snoring, or making toots underneath the covers.

Is it normal to think of an ex-lover while in a committed relationship?

Verdict: Absolutely
According to studies, as many as 90 percent of women have thought of someone else during intimacy with their current partner. Nearly the same percentage also thinks about ‘the one who got away’. You may have even considered if a previous lover was actually better than your current one. This is a case of thinking life may have been greener on the other side of the pastures, even though you’ve grazed there many times before. Don’t let it bother you, as it most likely isn’t. There is a reason why it didn’t work out in the first place.

Is it normal to always fall for the wrong man (player, jerk, a**hole)?

Verdict: Absolutely
While the divorce rate is a startling 50 percent of all marriages, 90 percent of these marriages began with the belief that they had found true love. Chalk this up to the fact that your mind can sometimes fool you into thinking you’ve found ‘the one,’ because your brain is swimming in its own love tonic.

Is it normal to get dumped during the first of the year?

Verdict: Unfortunately, yes.
Studies show that women are twice as likely to be dumped after the new year than any other time of the year. Researchers speculate this is due to your partner’s focus on New Years resolutions, taking stock in the relationship, and deciding whether or not they are getting what they need. On the flip side, couples are most likely to stay together for the holidays (Thanksgiving through Christmas), so that they have someone to drag to family events and help them eat grandma’s fruit cake.

Is it normal to want to cut out the face of an ex from all your photos?

Verdict: Absolutely
As many as one quarter of all dumped women will remove their ex from their memory by erasing (or cutting) their face from photos. Yes ladies, Godiva ice cream can only go so far when trying to make yourself feel better. Sometimes a pair of scissors is the only way to resolve a lot of  pent up anger.