Home » 5 Tips to Communicate With Your Man 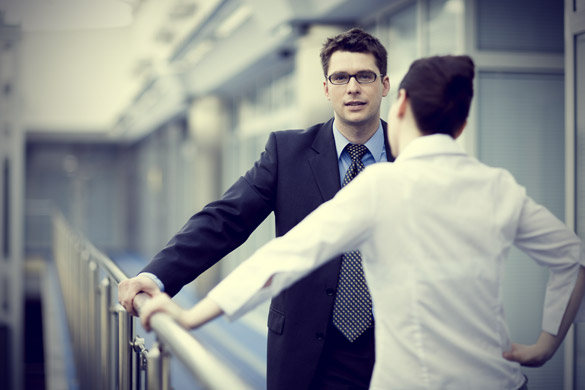 Ladies, I know you’re sometimes frustrated with your man. You do your best to get your thoughts, ideas, needs, and expectations across to him–and all you are met with is an empty stare. These five tips that will help you communicate better with your other half, so that the two of you can finally start acting like a whole.

1. Don’t Add Music to His Ears
Research on the male brain suggests the female voice is interpreted as music during drawn out conversations. This makes it difficult for men to hear what women are saying. Men also have relatively short attention spans. With this in mind, it is a good idea for women to get right to the point from the very beginning–before his mind starts to sing a tune.

2. Match His Level
Men will try to dominate most debates, using their vocal strength and pitch. While you don’t want to challenge him to a shouting match, women will gain the most respect when speaking in a firm, clear, and confident level. This lets him know that you mean what your saying, and are committed to every word.

3. Tell Him Point-Blank What You Need
Women tell men they are having a bad day, and expect him to understand what he is supposed to do. Unfortunately, for men, “I’m having a bad day,” doesn’t always seem obvious. A better plan is to tell him exactly what you need, such as “I really need a hug”.

4. One Right Makes it All Right
Men like to be right, while most women prefer to get their way. If a woman simply admits that a man is right during an argument, he will be so happy the argument is over, he will most likely comply with whatever you wanted in the first place.

5. Silence is Golden
Men use the fact that most women are uncomfortable with silence, as a means to avoid certain topics. It usually goes something like, “Where were you last night?”, which is then followed by several seconds of silence, and then finally a “Never mind” or “Don’t bother.” This is just what your guy was hoping for. Instead, wait patiently for his response. Once he realizes he’s not getting off the hotseat so easily, he’ll work through his resistance and eventually speak up.